It looks like you have an ad blocker. You can therefore not choose which cookies we place. That is why we only place the functional cookies.

Cities in the Netherlands are becoming more popular as the process of urbanisation continues to have a profound effect on the real estate market. Spurred on the desire to occupy multifunctional and readily accessible office locations, companies are exerting pressure on office markets in major Dutch cities. At CBD locations in particular, this results in higher rents, lower vacancy and scarcity of suitable office space.

Substantial rail investments in the offing

Recent renovations and complete overhauls of railway stations such as Rotterdam Central and Utrecht Central have accommodated this movement and significantly boosted the attractiveness of these station districts. In years to come, NS – the Netherlands’ national railway operator – will continue on the same track, investing over 1 billion euros in its stations. On top of this, rail infrastructure manager ProRail is planning to invest 3.5 billion euros in refurbishing existing stations and establishing new stations, together with municipalities and provinces. While most certainly positive, these initiatives also pose new challenges in terms of scarcity of land and the development of office premises.

Being creative above the rails pays off

Recent plans and initiatives have embraced a creative solution to scarcity of land: building above train tracks. Space above the tracks is currently under-utilised, despite offering the most sought-after locations for offices. More efficient use of this space can unlock existing potential and opens the door to new office developments. Exploratory talks with municipalities have shown that many major Dutch cities are ready to support initiatives of this kind, with Utrecht, The Hague and Amsterdam as frontrunners.

Nearby stations increase the value of office buildings

As the figure below shows, the proximity of railway stations positively impacts the capital value of office buildings. Adding office stock above and around railway tracks therefore has enormous potential. The MSCI’s customised office benchmark, which only includes offices near Intercity railway stations, outperforms the overall office benchmark by 60 basis points on total return over 2018.

Building above train tracks is not a new phenomenon. Back in the 1920s, New York’s Grand Central terminal was constructed above the railway itself in order to use space more efficiently. In the 1990s, London’s Liverpool Street station was renovated, with large sections of the station and adjacent office space being built above the tracks. A recent, eye-catching example of a development above the tracks is Hudson Yard in New York: the biggest ever private real estate project, with an investment value of 25 billion, an entire neighbourhood of offices, retail outlets and residential buildings was created above a marshalling yard.

Until now, these types of projects have been scarce in the Netherlands. However, technological advancements in building techniques have reduced the cost of building above train tracks at a time when land prices near railway stations are at a high, with correspondingly high rents. These high rents make building properties with relatively high construction costs a more attractive proposition. As NS confirms, this combination of factors paves the way for a large-scale implementation of building above train tracks in the Netherlands.

If these initiatives, along with the investments announced by the NS and ProRail, become reality in the near future, they will confirm and enhance the strategic position of the ASR DMOF portfolio. Its focus on assets near important mobility hubs gives the Fund positive exposure to these interesting and ground-breaking developments. Laag Katreine in Utrecht, which is already built above the tracks (see photo above), is a great example of how the portfolio is in step with these new initiatives. We take a positive view of what the future holds. 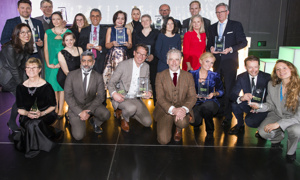 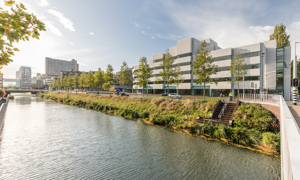