It looks like you have an ad blocker. You can therefore not choose which cookies we place. That is why we only place the functional cookies.

The website of a.s.r. real estate uses cookies and similar technologies. This allows us to record and analyse the behavior of visitors. With this knowledge we can improve your user experience. By clicking accept you agree to this. Want to know more? Read our cookie policy.

The redevelopment of the convenience shopping centre TREF in Middelburg resulted in around a 60% decrease in energy consumption, from 345 kWh to 138 kWh per sq. m, which is enough energy to power 300 homes every year. This redevelopment represents a significant step towards achieving a Paris Proof convenience portfolio for the ASR Dutch Prime Retail Fund as well as proving that buildings constructed in the 1970s can be made future-proofed.

Both shopping centres and solitary supermarkets are renowned for being large consumers of energy as a result of their cooling and freezing installations. Consequently, there is tremendous potential for reducing energy consumption. Along with the supermarket chain Albert Heijn, which is one of the largest tenants in TREF, we sought to redevelop the shopping centre. This involved designing an ambitious redevelopment plan, which would not only make sense from a commercial perspective, but also would markedly improve the sustainability performance of the property.

With approximately 5,000 m2 of retail floor space and an underground parking facility, there was sufficient space to carry out a sustainable optimisation of the shopping centre. Firstly, 1500 solar panels were installed on the rooftop to provide the installations in the shopping centre with clean energy. Secondly, a 40-metre long skylight was installed in the roof to reduce energy consumption and bring in daylight. Alongside this, the façade and roof were isolated, the windows were replaced with HR++ glass, LED-lighting was installed, and a central waste collection unit was built comprising separate waste streams. All of these measures resulted in a future-proofed shopping centre. However, these measures were not only enacted in the shopping centre itself; rather, benches and green were also added around the building, not to mention that the shopping centre now even has its own bee garden and bat boxes, which serves to increase the local biodiversity.

Throughout the renovation process, the shopping centre remained open and continued to grant consumers access to all the stores and parking facility, so that they were able to do their grocery shopping. The renovation was completed in February 2021. The revitalised shopping centre now contributes to the CSR targets of the ASR Dutch Prime Retail Fund, as a result of the building’s reduced energy consumption, contribution to local energy production and improvement in both tenants and consumers’ satisfaction. 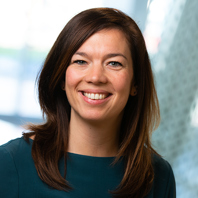 Nadja is asset manager for retail properties in Amersfoort, Breda, Den Bosch, Maastricht, Nijmegen, Tilburg and Utrecht. She also manages the Vathorst and Tref shopping centres in Amersfoort and Middelburg. 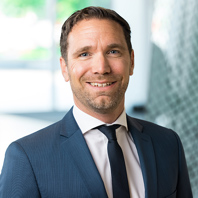 Bart is fund manager for the ASR Dutch Prime Retail Fund. He is the first point of contact for (potential) investors in the retail fund.